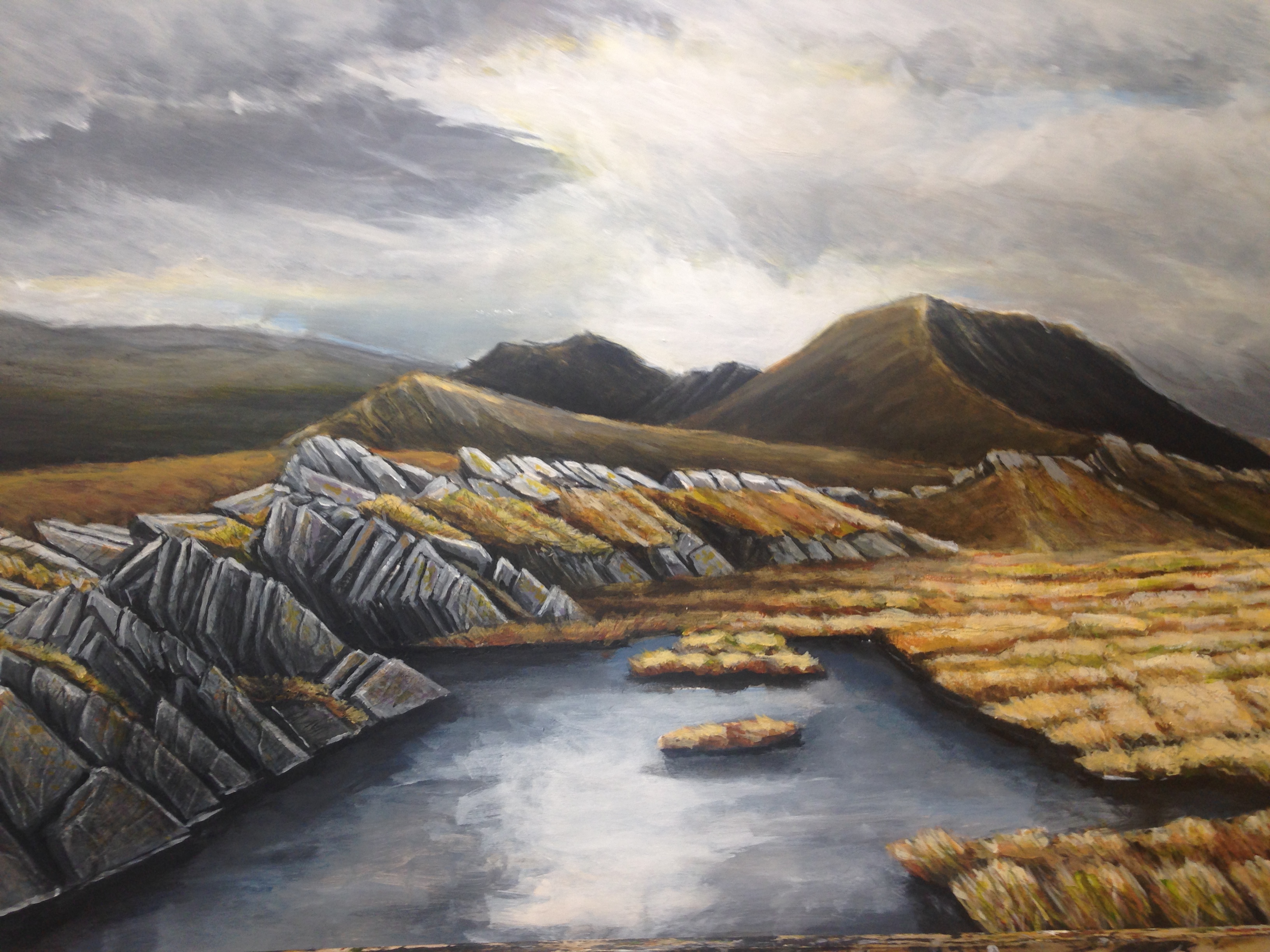 Dafydd began painting two years ago whilst a long term in-patient at a mental health hospital. These paintings are his attempts to reconnect to the landscape where he grew up, ran, climbed and walked with a focus on rock, light and weather.

He started in 2016 using a biro and coloured pencils producing landscapes from memory and has gradually moved on to acrylics on paper. He works from numerous photographs, some sketches and memory. He is inspired by the strong sense of place that he feels in the landscape around him and the way that rock shapes that landscape. Painting has also had a powerful therapeutic effect for him helping him live better with serious mental illness (bipolar disorder) and Asperger syndrome. Primarily though it is his love of the landscape of his home his cynefin that drives him to want to share it with others.

Before being admitted to hospital Dafydd was involved with ground breaking work in trail planning, design and construction. He worked all over the world and was awarded an MBE for his work in the UK.

* Untranslatable into English, cynefin is a Welsh word meaning home, environment, a place to belong.