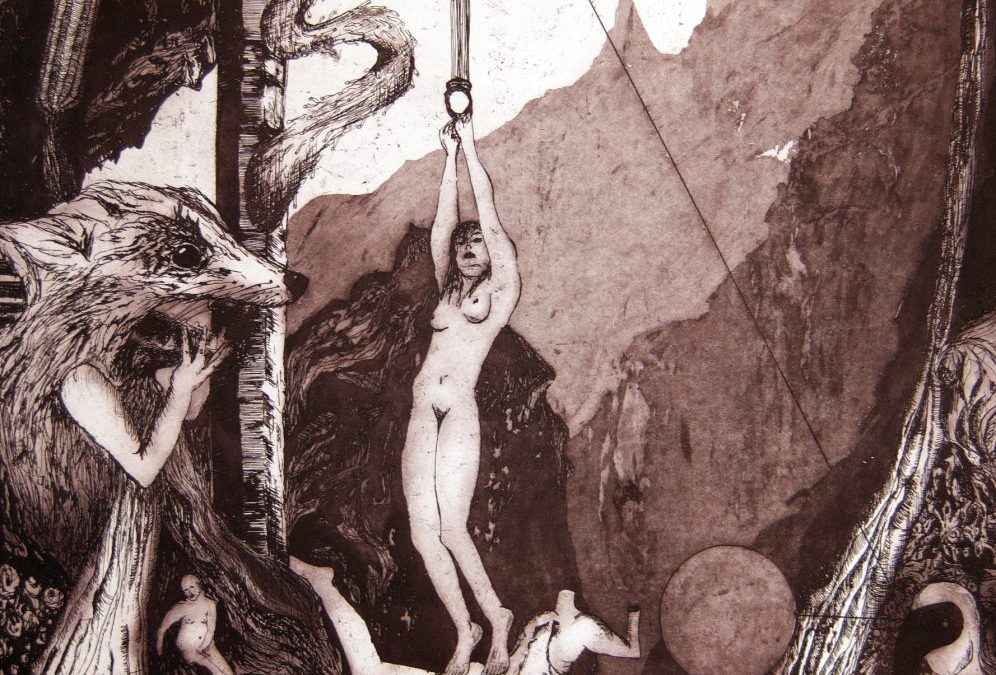 Laura Clarke graduated from the Royal College of Art in 2010 with an MA in Fine Art Printmaking, receiving the Alf Dunn Prize and the Augustus Martin Prize for excellence. She has been exhibiting widely since 2008 in a range of independent shows, larger prestigious exhibitions, and film festivals. She occasionally takes on the curatorial role with a collaborative called ‘Rented by the Hour’, showing work in alternative often derelict spaces for one night only.  She was appointed Research Fellow and Tutor in Print at City and Guilds of London Art School and Fellow of the Royal Academy Schools in 2011. Her work explores the human body through the transgressive relationship between the animal and the human forms. She works mainly with Intaglio printmaking methods, but also uses sculpture and film in her work.